Dr. Asante was reacting to the findings of a CDD-Ghana survey that indicated that only 6 percent of Ghanaians considered corruption to be a topmost concern ahead of the polls.

He feels it could cause politicians to be complacent.

“The fact that it is not high up on the agenda is worrying because it might signal to political actors that it is not important and that they could do other things and forget about it and by the time you know, we are in a difficult position.”

Fifty-one percent of Ghanaians are more concerned with infrastructure development and 46 percent of persons surveyed had unemployment as their topmost concern. 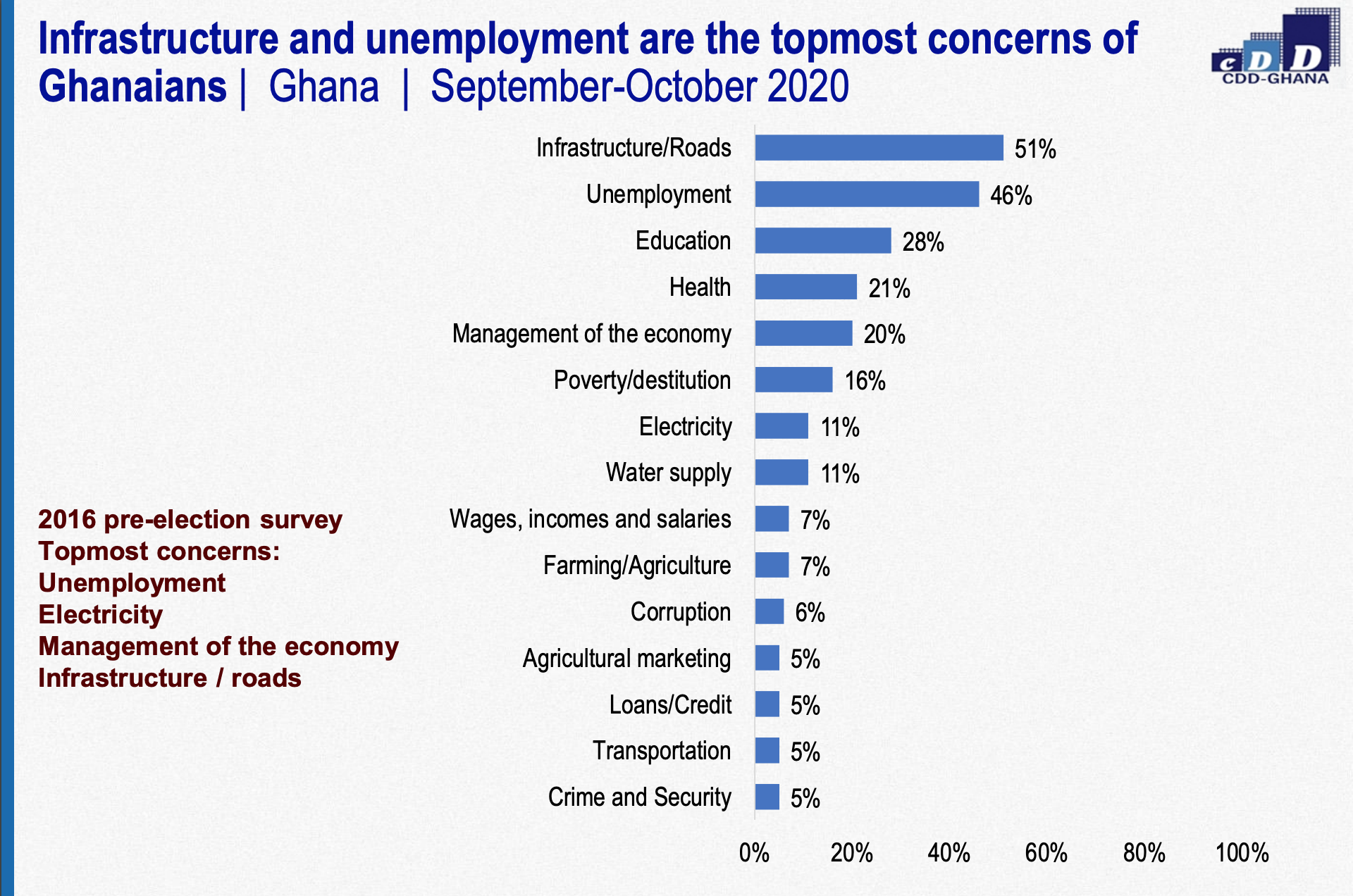 But Dr. Asante noted that issues of corruption had a bearing on the main concerns cited.

“I cannot see how you separate corruption from the failure to deliver on infrastructure or to deliver on employment because they are linked.”

“I always say that corruption is a latent issue that is always hiding in all the concerns that we have about development,” he said.