The President, Nana Addo Dankwa Akufo-Addo, has commissioned the newly constructed Naval Training Command at Nutekpor, in the South Tongu District of the Volta Region.

According to President Akufo-Addo, the Command Centre, which has been the long-held vision of several Chiefs of Naval Staff, “is going to accommodate all the training schools of the Navy, under a unified command, to improve the development of human resources in the Navy and other stakeholders in the maritime industry.” 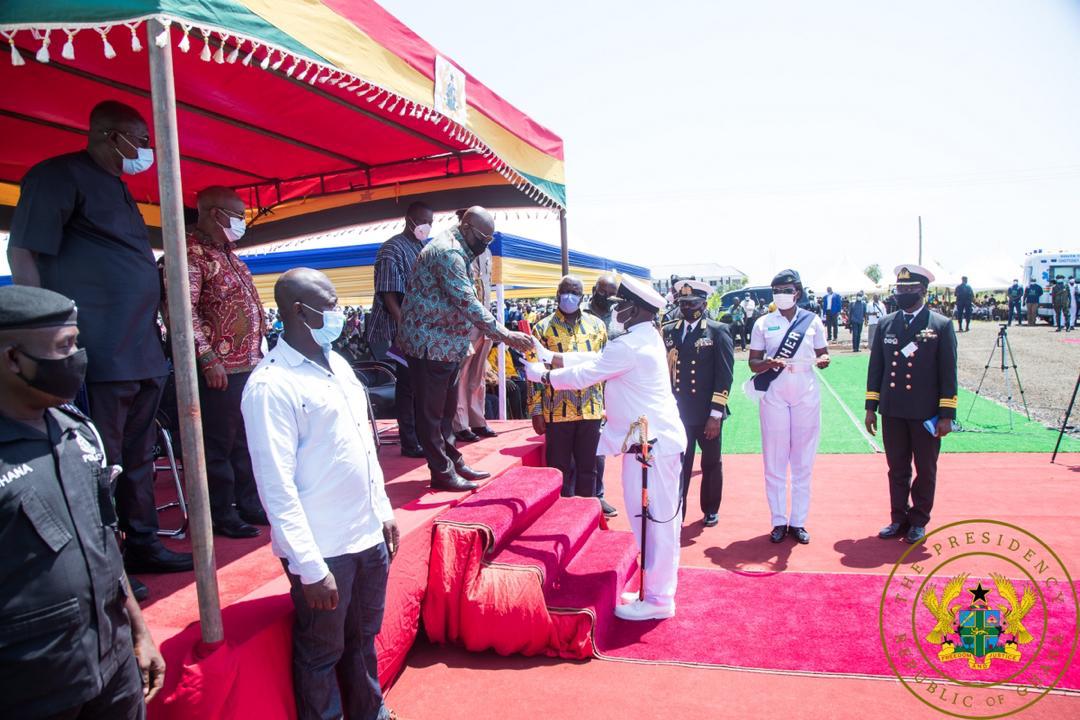 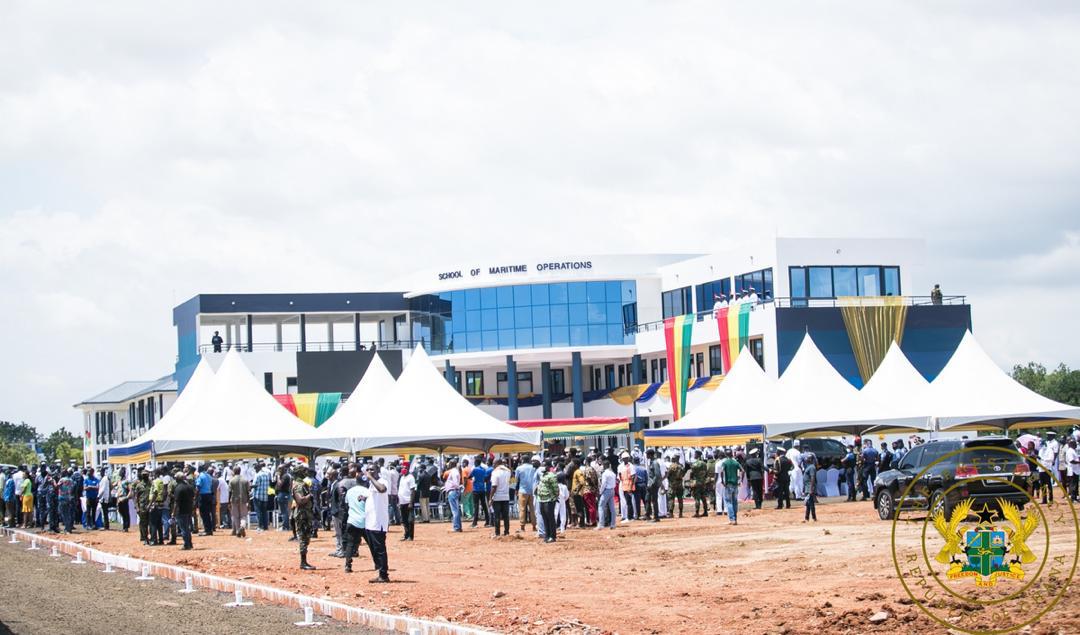 Commissioning the Project on Tuesday, 20th October 2020, the President explained that increasing economic activities in the maritime environment, especially in the oil and gas and fisheries sectors, and their accompanying security challenges, demand the presence of a well-trained maritime force for the purposes of offering enhanced protection. 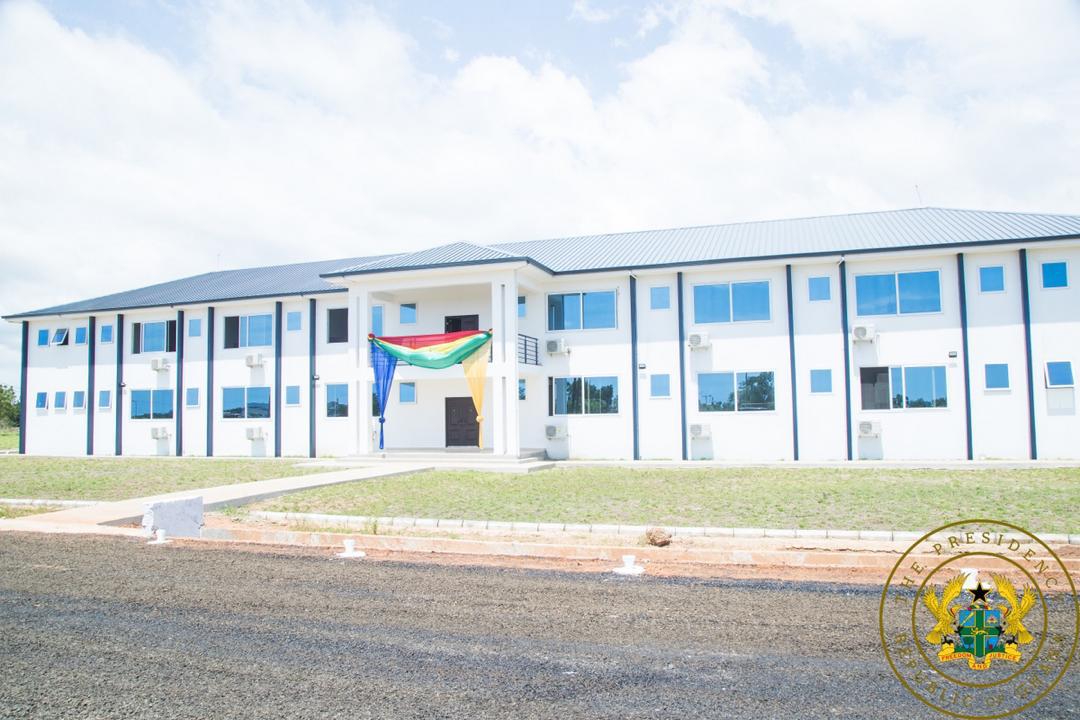 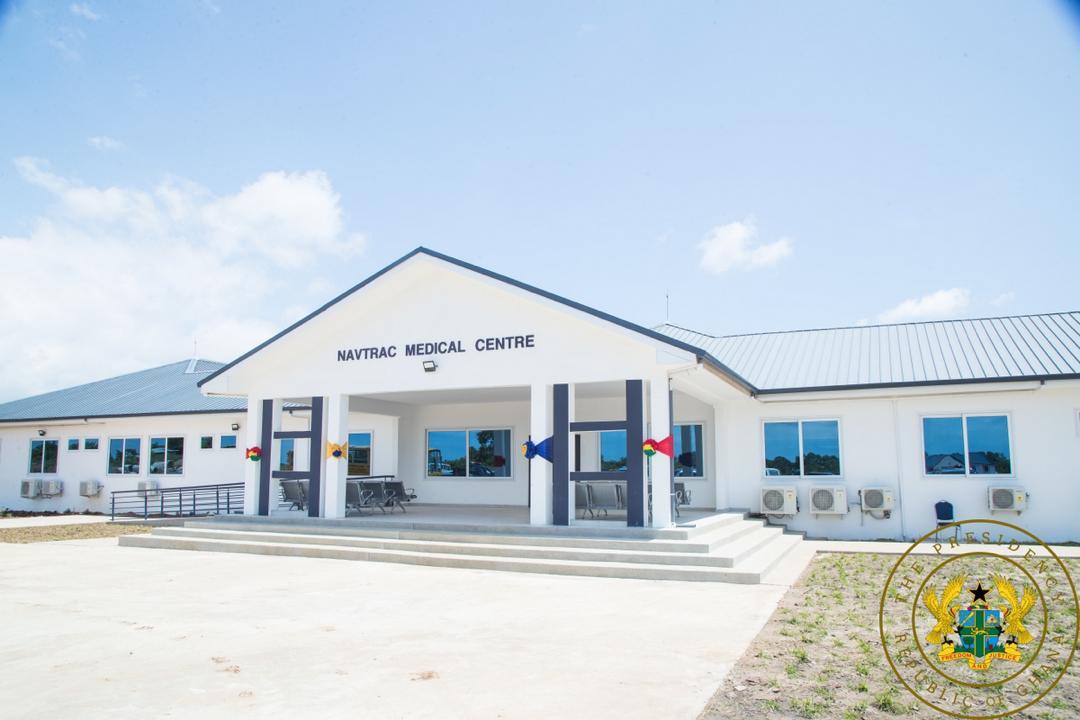 With piracy and armed robbery in the Gulf of Guinea presenting significant threats to national and regional maritime activities, he noted that “we, therefore, need every naval officer and sailor to be equipped with creative solutions to deal with present and future maritime security challenges, and stay ahead of the criminal actors at sea”, adding that “this is the basis for Government’s support, through the Ministry of Defence, of the establishment of this Naval Training Command.” 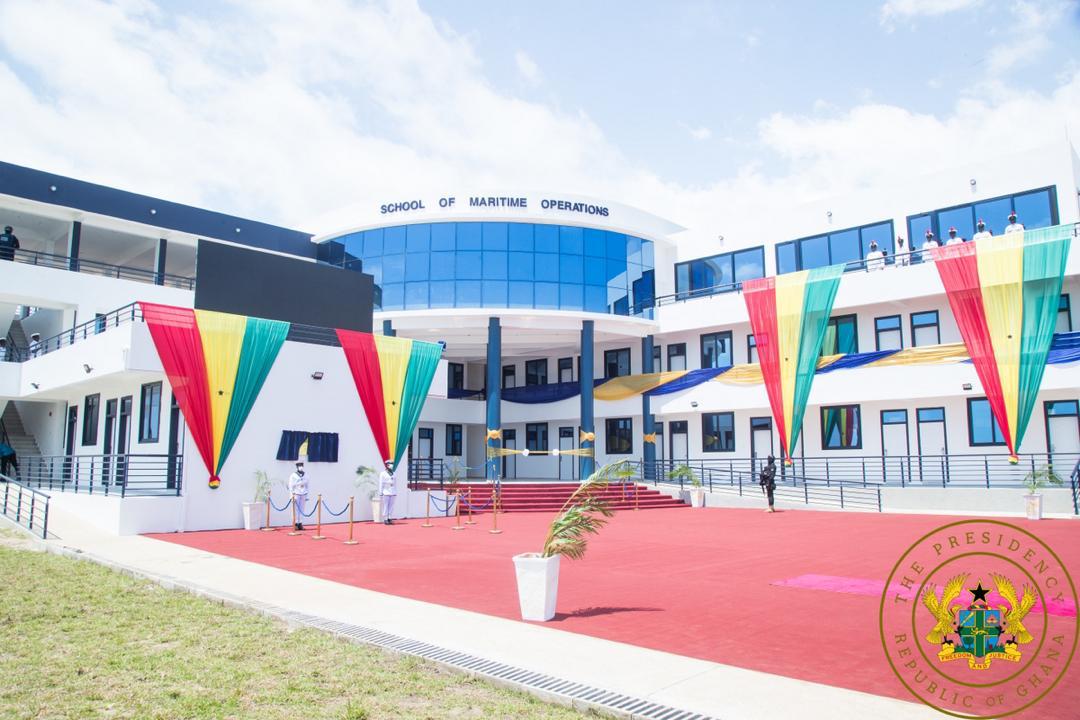 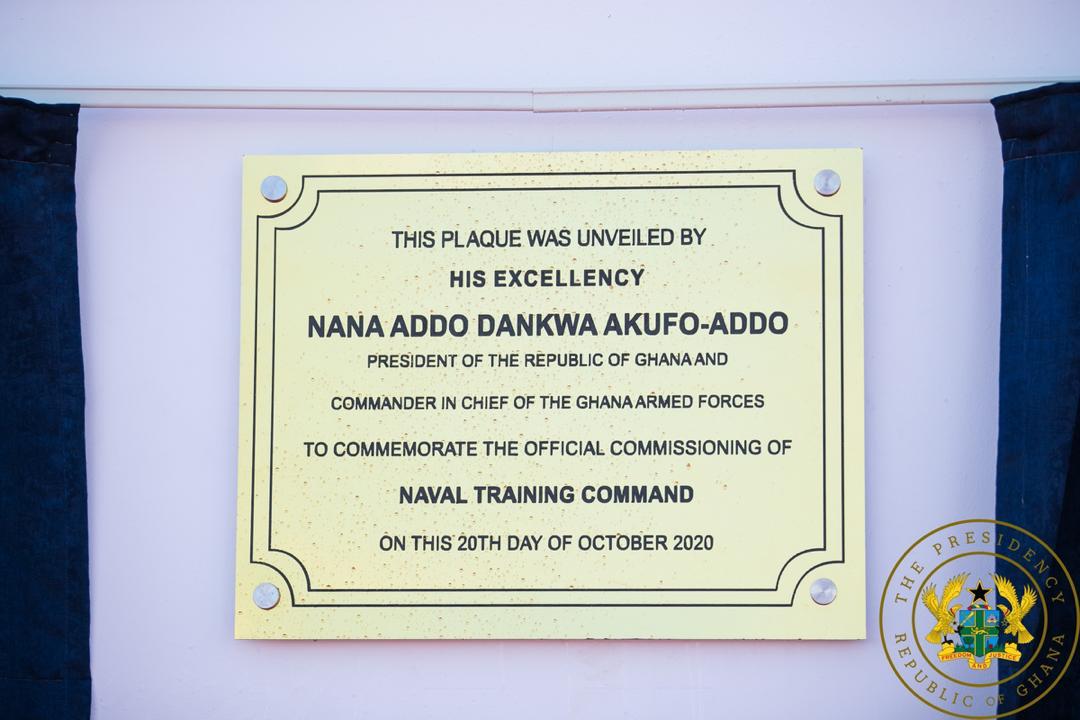 “The schools would also impart the knowledge and skills required of naval personnel so that they can attain the appropriate professional standards, and maintain operational readiness in accordance with the Navy’s operational procedures,” he added. 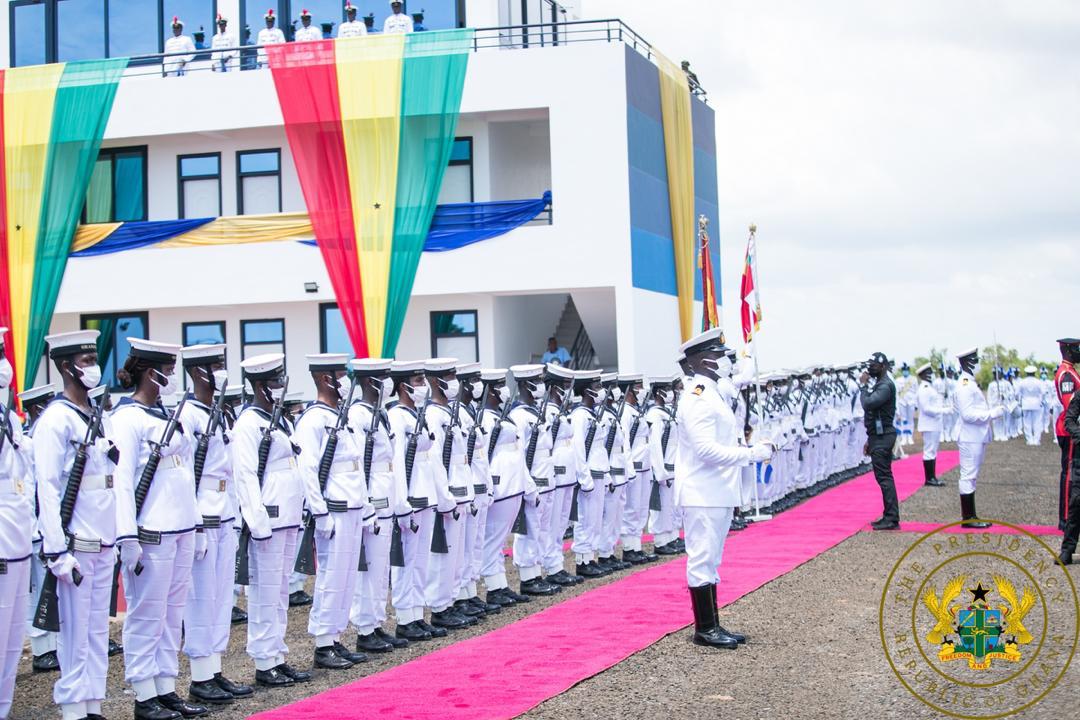 Additionally, President Akufo-Addo stressed that the schools, operating under the Command, will be equipped to leverage technology, and use new training methodologies to enhance learning and achieve greater efficiencies in line with the Government’s agenda of technology and digitization.

The facilities that have been completed and ready for use, under Phase One of this project, are the Command Headquarters, the School of Maritime Operations, the Recruit Training School, the instructors’ and students’ accommodation blocks, library, medical center, and mini Mosque.

All these, and other facilities, earmarked for construction, sit on a one hundred and 114-acre land, which has been fenced to ward off encroachers. In addition, the Ministry of Defence is in the process of securing 250-acre land on the outskirts of this Command for the construction of an outdoor shooting range to support training.

The President continued, “We believe that retooling the Armed Forces, in general, and the Navy, in particular, is the surest way to support the principles of the Code of Conduct, which calls for resourcing the navies in the Gulf of Guinea States to enhance collaboration in joint operations and information sharing. We, in Government, would, therefore, give maximum support, and ensure that the construction of the remaining schools commences in earnest to make the Command fully operational.” 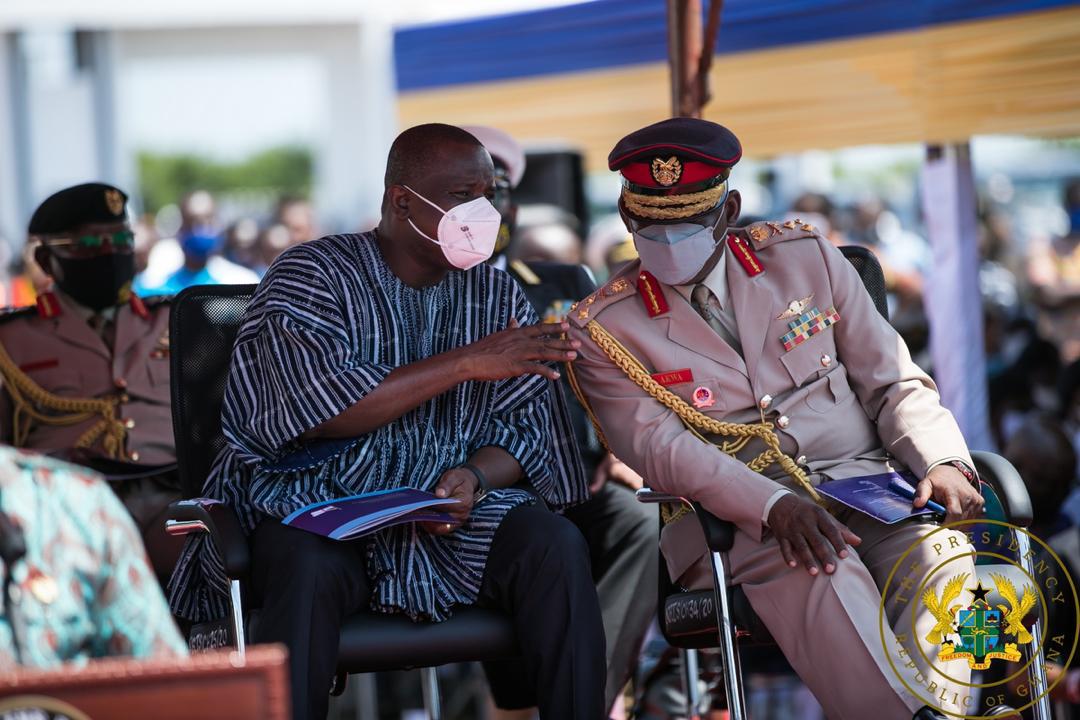 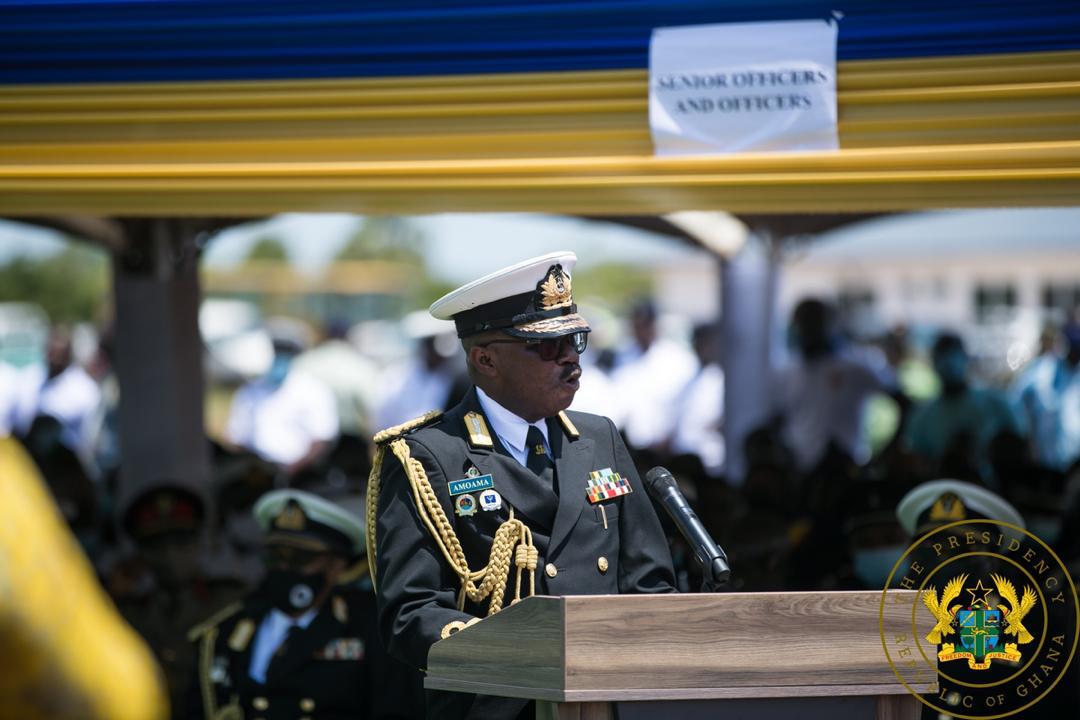 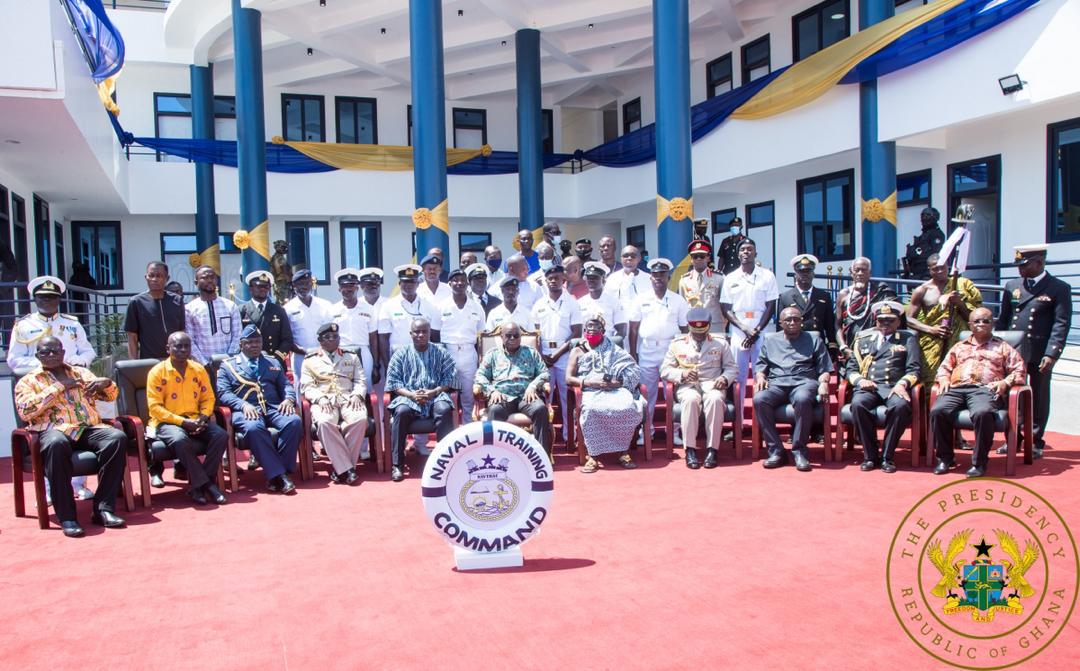 Expressing the appreciation of Government and the Ghanaian people to the Chiefs and people of Agave Traditional Area for the full support they have given this project, President Aku, adding that “I am told that the medical center will serve as the first port of call for all residents of Nutekpor and surrounding communities”.